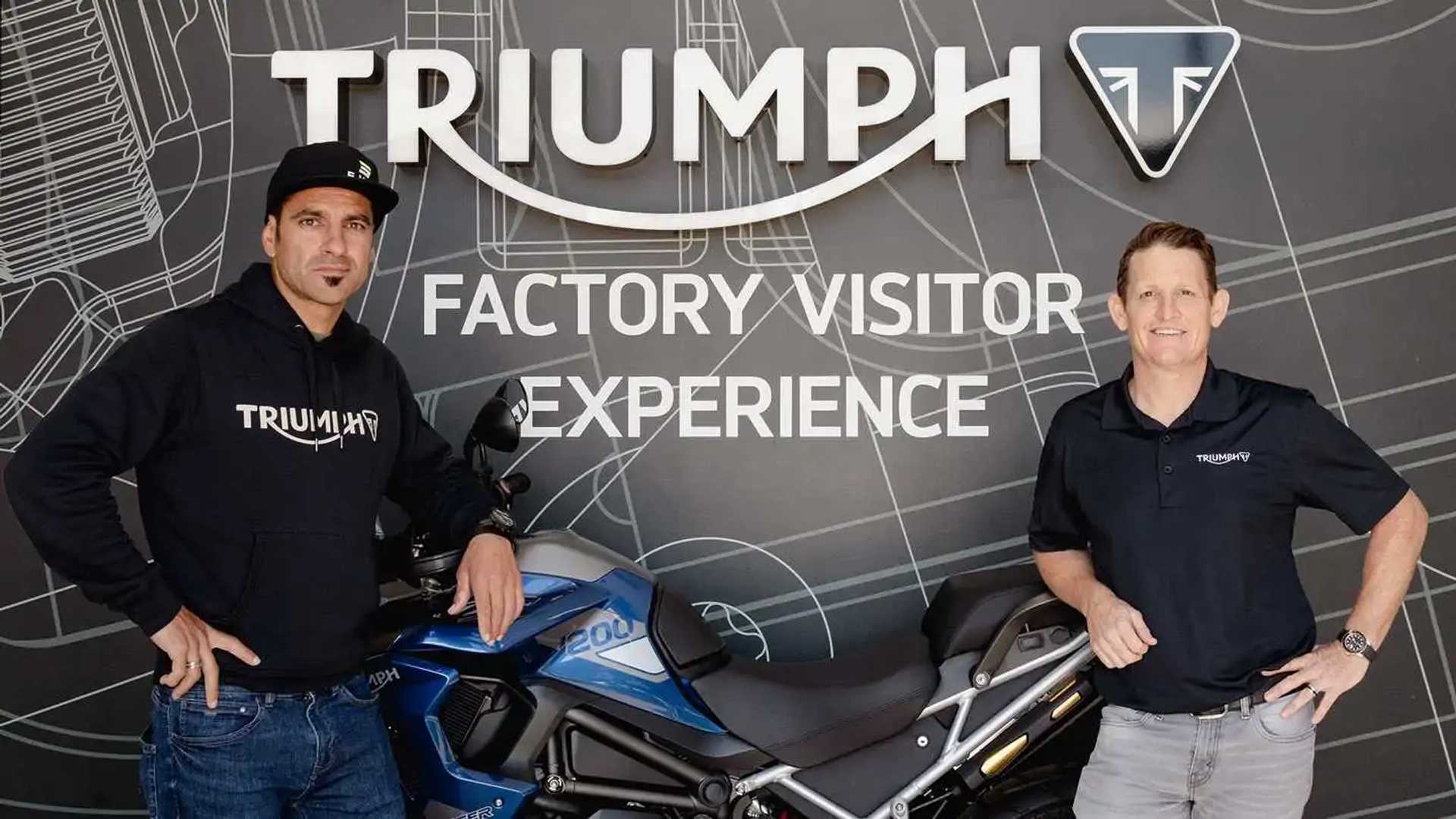 Triumph shocked the motorcycling world when it revealed its brand new enduro and motocross project in July 2021. Bonafide off-road riders were even more intrigued when the brand reported that five-time enduro world champion Iván Cervantes and 12-time AMA champion Ricky Carmichael would help develop the new line. Since that initial announcement, however, Triumph has kept the progress of the project under wraps.

Aside from a Ricky Carmichael-led promo for the 2022 Tiger 1200 and the media spotting a Triumph reconnaissance team at Round 2 of the 2022 Anaheim Supercross, we haven’t heard many details regarding the development process for the 2022 Tiger 1200. crew. Almost a year after Triumph’s first statement, the brand is giving the public a peek, albeit a small one, behind the curtain.

“We tested the bike a number of times,” Cervantes explained, “but it was wonderful to ride Ricky himself, and so satisfying to see how happy he is with the setup we developed. some very big steps and made some very productive changes, and I’m very happy with where we are.

Given the Enduro world champion’s words, it seems Cervantes worked closely with the team between Carmichael’s intermittent outings. Of course, with Cervantes’ Spanish lineage, it is much easier for him to reach Triumph’s headquarters in Hinckley, England. However, it also appears that Carmichael is encouraged by the current direction of development.

“I’ve been incredibly impressed throughout the project, from my first test with the team in the United States, and it’s been great to see how far they’ve come so far,” Carmichael revealed. “Seeing the brains at work, and the dedication and drive from everyone has been absolutely amazing.”

Unfortunately, the statement released by Triumph lacks details such as projected models, categories and release dates. One thing is certain, however, Triumph intends to hit the market when it enters the enduro and motocross markets.

“We have worked on this project for a long time with a great team, all of whom share the same goal: to be competitive from the start,” added Cervantes. “I can’t wait for the next steps!”

10 Things Every Aspiring Motorcyclist Should Know About The Honda Grom