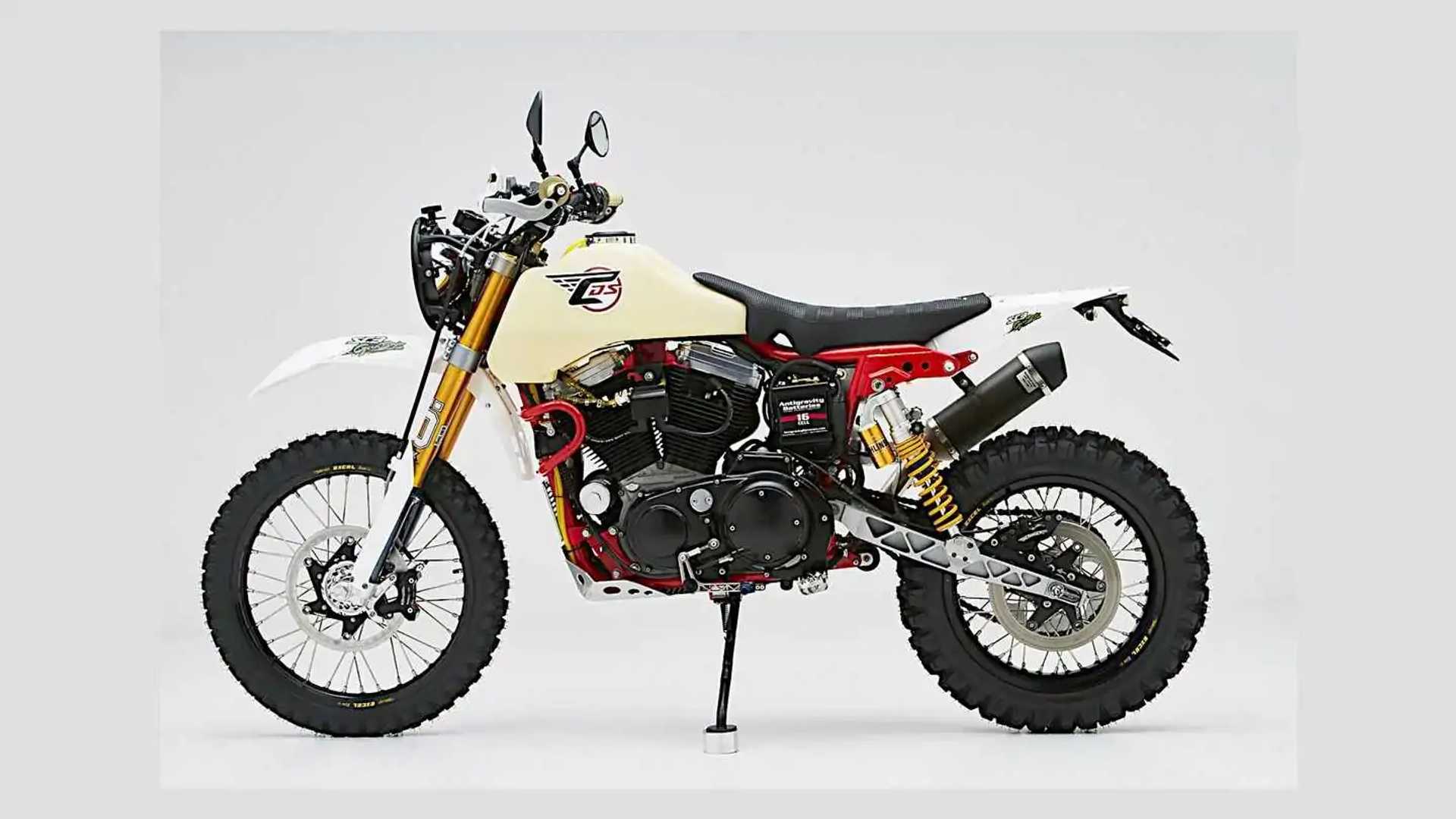 Conventional wisdom is exactly that – conventional. While motorcyclists as a whole disagree on much, it is for very good reason. There is a huge countercurrent streak that is both wide and deep, throughout motorcycle history. It’s like a really good fudge ripple in your fudge ice cream; the one that goes to the bottom and takes a winding and delicious route to get there.

In this great tradition, custom builder Jim Carducci built his SC3 Adventure double sports bike. The donor: a 2003 Harley-Davidson Sportster 883R. If you haven’t yet learned to expect the unexpected, well, here’s a great example of why you should. This first SC3 adventure eventually evolved into the SC3 Gera Baja that you now see in front of you.

The summoning of “Baja” wasn’t just a threat to have a good time, either. The bike was built for pro-Ironman racer and 2016 Baja 1000 winner Tony Gera to compete in the Baja 1000. Not only that; Gera planned to cycle both to and from the event. If you want to shoot, you might as well aim for the moon, right?

It started out as a one-off, but eventually Carducci Dual Sport turned the two SC3 Adventures they had built into the SC3 Gera Bajas. The store estimates that about 48% of the parts in this build were the ones they made themselves, with an additional 46% supplied by aftermarket suppliers. This meant that only 6% of that 883R remained in the Adventure version – and the Gera Baja has even less. Still, it’s the beating heart of the 1200cc air-cooled beast – and there’s just no escape.

The finished build is pretty impressive to see – and at least in Gera’s hands in this video, it really looks like the part. It would be nice if you heard a little more of it in this clip, but that’s a small gripe. Carducci is willing to build more if the interest exists, but the total cost of building is north of $ 100,000, so it’s certainly not for the faint of heart in more than one way.

Could the TVS Raider be a new dual sport?