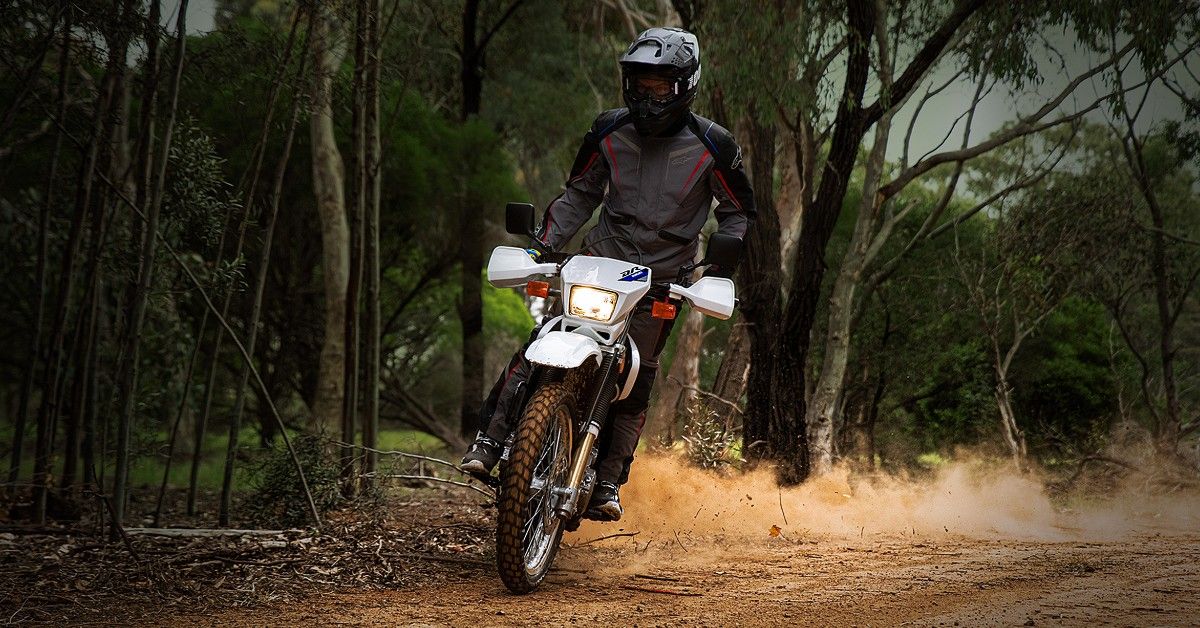 Motorcycles come in different forms: sports, touring, dirt bikes; these are all different types of motorcycles designed to serve different purposes. Some forms of motorcycle are dedicated to a single purpose while others come to serve two or three, and they do it perfectly well. For example, dedicated racing bikes are not allowed on public roads, and there are legal racing machines that work quite well on race tracks and highways.

That being said, there are off-road motorcycles specifically designed for off-road riding, and then there is dual sport. These are specially created to be used on the road and off the beaten track. They are the perfect daily commuters and the best bikes for off-road adventures. Read on for eight of the best in this category.

The Kawasaki KLR650R not only looks like one of the most ideal motorcycles for off-road adventures, it ticks all the boxes of dual sport as well. The motorcycle is specially designed to give bikers a passion for escape and exploration. It has enough muscle to allow the rider to focus on the adventure ahead. Plus, it’s a capable dual-sport bike that keeps the trip going regardless of the terrain.

This bike is powered by an updated 652cc liquid-cooled single cylinder engine with a new fuel injection system. It also comes with all-new fully digital multi-function instrumentation, new disc brakes and optional ABS. The bike was first introduced in 1987 – its latest generation was released in 2008.

The Suzuki DR-Z400S is a legend in the field of dual sport bikes. It has been a mainstay of the industry for years. The DR-Z400S was among the best Japanese off-road bikes when it first appeared in 2000 and continues to hold up. For those looking for everyday functionality and a versatile all-terrain machine in one unit, the Suzuki DR-Z400S has made a name for itself as one of the best.

The modern Suzuki DR-Z400S comes with a liquid-cooled 398cc single cylinder engine, one of the few engines that still has a carburetor instead of fuel injection. The carburetor allows silky smooth power delivery, while its five-speed gearbox and excellent suspension make it very comfortable on any terrain.

They say old is gold – and that’s the best way to describe this old but good dual sport Honda motorcycle. The bike has been updated several times, but not on its classic styling. Powered by a torquey, liquid-cooled single-cylinder engine, the XR650L is as basic today as it was when it was new. Its engine lacks modern technological upgrades, and that’s a good thing because it means Honda got it right when building the original model.

Related: Everything You Need To Know Before Buying A Yamaha Mountain Bike

The first Honda XR650L was introduced in 1993 with a 644cc four-valve combustion engine that was never updated. The engine is as reliable as it gets, and it develops around 40 horsepower and 47.2 lb-ft of torque. Its five-speed transmission is smooth and the suspension is remarkable considering it hasn’t been updated in years.

The KTM 690 Enduro R is not the ideal off-road machine for many riders. First, it’s not built like a traditional touring bike, and second, it’s too powerful for inexperienced riders. Although it is in the same class of 600cc bisport motorcycles, it produces a lot of power compared to other motorcycles in the same class. It’s not very comfortable off-road either, but riders have different preferences. For some, as long as the performance is great, the rest doesn’t really matter.

It’s a KTM, and it lives up to its name. It has all the amenities expected of a dual-sport KTM and more. The bike has a racing-derived all-terrain chassis and WP Suspension fork and shocks.

Yamaha makes excellent off-road and dual-sport motorcycles in all engine capacity levels, but the 250ccs are sort of the best. The WR250R might be on this list, but it focuses more on the dirt track than the road, which is why the XT250 is here.

Related: These Are The Best Mods For An 85cc Off-Road Bike

It’s a true gem of a dual sport that serves best on light terrain and easily maneuvers morning traffic – it’s not the best machine for the unexplored interior of extreme off-road sites. At the heart of the XT250 is a 249cc single cylinder engine with quick throttle response and smooth power delivery.

Versatility without compromise – that’s KTM’s description of its massive beast of a dual-sport motorcycle, the Super Adventure 1290 R. With a powerful 1301cc V-twin engine, the Super Adventure 1290 R sits right behind. widest end of the double sport motorcycles. Considering that KTM is the sworn ruler of the dirt trail kingdom with some great street bikes, bringing them together into one unit wasn’t such a difficult task.

The V-twin powering the Super Adventure 1290 R produces a whopping 160 horsepower and peak torque of 103.2 lb-ft. It’s too much power. However, the bike behaves quite well on and off the beaten track. It comes with sturdy spoked wheels designed to counter the huge torque output and has a long-travel suspension set at 8.7 inches, giving the bike nearly 10 inches of ground clearance.

The Suzuki DR650S is easily regarded as the queen of dual sport motorcycles. It is a mid-size motorcycle that excels both on the highway and in rough terrain. In addition, the DR650S is arguably the only dual sport bike without any bias.

The current generation DR650S features old school styling, which makes it roughly similar to the DR600 of yesteryear. It comes with a 644cc SOHC engine which offers smooth power and a powerful lower end. Cycling offers a thrilling riding experience not easily found elsewhere.

The Husqvarna 701 Enduro is the next big thing in bisport riding. The bike is equipped with all the capabilities to conquer urban streets and dangerous dirt roads with the same composure. Husqvarna designed the 701 Enduro with the future in mind: it is designed to take versatility to the next level.

Husqvarna used their years of experience in the Enduro racing championship and mixed with years of motorcycle building expertise to make sure the 701 Enduro lives up to its name. The bike perfectly combines high performance with Swedish functionality to deliver one of the best dual sport bikes of all time.

These are the best off-road bikes, dual sports and adventure bikes in 2020

Those looking to get their bikes off the beaten track should definitely take a look at these highly capable off-road bikes.

Sam is a professional internet researcher and writer. He is mainly interested and fascinated by cars and motorcycles. He has been writing on the same subject for a few years. Sam currently works for Valnet Inc’s Hot Cars as a full time contributor. He is also a professional graphic designer, digital marketer and sexual health consultant.