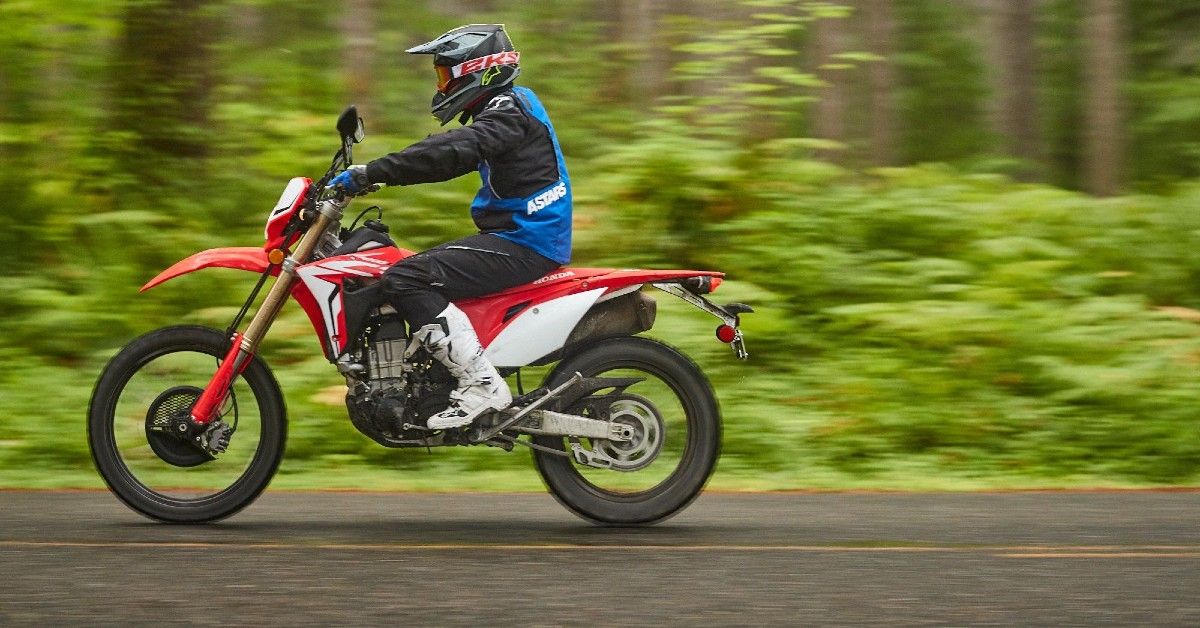 For a while it seemed like dual sport was more or less dead, with only a few very old persevering models. Things have changed quite a lot lately, there are still a few older models but these are fan favorites and there are now also several new bikes to choose from.

October 2022 Update: Getting out and hitting the trails is something most of us love to do. Owning a dirt bike can be expensive though, and it also usually requires a van to transport the bike/bikes to the trail. The affordable alternative to this is to get a dual-sport, legal dirt bike that you can ride on the trails instead of hauling it out there.

Although the definition of a dual-sport is quite vague, it is essentially a legal road bike. Today, more people see the value of these street-legal dirt bikes, for those of us with no real motocross ambitions, riding on a trail or fire road just makes more sense. Modern dual-sport bikes all meet emissions and noise regulations and there is a model designed for just about every budget.

The Kawasaki KLR650 has recently been reborn as a budget adventure bike, but basically, in the basic version, it is still only a dual sport. It’s a no-frills kind of motorcycle that’s easy to love.

The only downside to the venerable machine is its size and weight, which is obviously a big limitation off-road and not exactly suitable for new riders.

If you are a new rider and looking for something a little more beginner friendly, look no further than the CRF. It has a modern fuel-injected engine and is accessible whichever way you look at it.

Although the seat height may appear high on the spec sheet, once you sit on it it will compress considerably lower and is actually low enough for most people to have flat feet. Unfortunately, that soft rear shock is also its biggest downside, as bigger, heavier riders will hit it almost anywhere.

The DR-Z has been around for over two decades in this form and is one of the last vehicles of any kind that you can still buy equipped with a carburetor. Suzuki fans desperately want them to update this machine, and they could, but if they do, the price will have to go up.

As it stands it is one of the best value for money options, it has far superior suspension compared to similarly priced bikes and almost as much power as some of the more expensive modern bikes. For now, it’s in a class of its own within the dual-sport segment.

The Six Days is a truly special machine that brings the best of high-performance competition bikes to the streets.

Obviously, you have to pay for that kind of performance, but if you’re going to do some serious off-roading or racing enduro, this is one of the best machines money can buy.

Essentially, the KLX is the perfect balance of off-road ability and budget, it has better suspension than the CRF and a more accessible seat height than the DR-Z.

Not everyone needs an enduro championship-winning bike, the little KLX is obviously not that. What you get is exactly the right capacity for a trail bike. This is arguably the best entry-level dirt-oriented dual sport, and will also make a great beginner’s bike.

Another “dirt-bike-with-lights” option comes from small Italian manufacturer Beta, and it’s actually one of those bikes that’s better than you might expect.

It’s powerful, nimble and will definitely keep all those fancy Huskies and KTMs honest. Granted, this is going to be one of the most maintenance-intensive dual-sport bikes you can buy, with extremely short service intervals.

Related: Here’s everything we know about the 2022 Beta 300 Xtrainer

So the big boy Honda isn’t that cheap, but it offers incredible value. It just won’t compete with European bikes in terms of performance, but it will most definitely be cheaper to run.

It’s one of those in-between options, as it’s great on the road (for what is essentially a dirt bike) with good gearing and more than enough power. Off-road, a seasoned rider will keep up with expensive enduros, and even the average trail rider will benefit from the extra oomph.

Arguably the best and most agile all-terrain dual-oriented sport. It produces decent power and isn’t as difficult to maintain as some of the other high performance alternatives.

Although it is very similar to the KTM, it has rather surprisingly better suspension, so the extra money you have to spend is definitely worth it.

Related: Here’s why the Husqvarna FE350s is the best street-legal dirt bike

Somehow Yamaha is able to cram 11 inches of suspension travel into a bike with a 32-inch seat height, that’s a pretty impressive trick for an otherwise cheap offering.

It’s the ultimate learner’s bike, learning to ride an all-terrain/dual-sport bike is simply the best way to learn, and the 20-horsepower air-cooled XT is both accessible and requires little effort. maintenance.

Capable of developing 47 wheel horsepowerit is one of the fastest dual-sport bikes money can buy.

It’s hard to compare other bikes that have all been toned down to some degree for street use because Beta pretty much said hang on to the meaning and gave us a competition bike with lights and a rack of numberplate.

Indeed, these motorcycles are old Husqvarna motorcycles that have been resurrected thanks to a Chinese investor. unlike others brands like Benellithese bikes are still made in Italy (at the old Husky factory).

They offer great performance for the price, and while they’re not quite competition bikes now, they were back in the 2000s. SWM also uses top-notch components, with KYB suspension, Brembo brakesand Mikuni fuel injection.