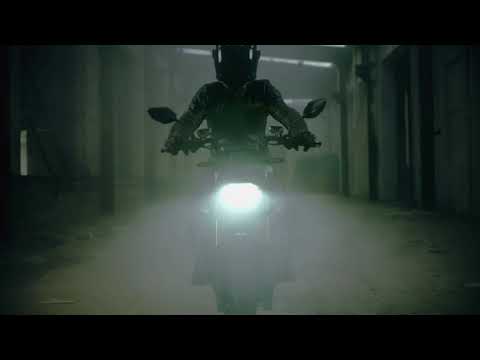 The time of electric motorcycles has arrived

In North America, electric motorcycle manufacturers like Brammo and Zero were founded much earlier, in 2002 and 2006 respectively. Their ambition was to compete with high-powered ICE motorcycles, but their limited range and higher price ultimately reduced their demand in the mainstream market. For similar reasons, Brammo lost the battle in 2014. Zero was the only manufacturer to endure the bumpy market due to them signing contracts with US law enforcement to supply their machines. Despite this, in 2020 Zero sold around 3,500 motorcycles worldwide. For the same period, the Australian company Vmoto, which started manufacturing its Super Soco-branded electric motorcycles nine years after Zero, sold 23,000 electric two-wheelers in 2020 according to their Annual Report. Proportionally, over the years, it is 20 times more than zero without taking into account its percentage increase from year to year. Sales of Harley Davidson e-bikes weren’t impressive either. Since releasing their Livewire in 2019, they have sold around 1,700 units worldwide. Recently Harley-Davidson announced the release of a smaller, less expensive urban-oriented model delayed by a three-year delay. Meanwhile, brands like Super Soco, Horwin and Kollter conquered the European market. In 2021 Super Soco sold over 1,000 units in the UK, ranking them as the fastest growing maker of electric motorcycles. According to the UK Motorcycle Industry Association (MCIA) the average increase in electric motorcycle registrations was 51.2% while Super Soco sales increased by 478% in 2021! This clearly illustrates the slower growth of the electric motorcycle industry when not consumer oriented.

With the added benefits of reduced maintenance, operating costs, free parking, bus lane sharing, and government incentives such as rebates, the electric motorcycle has quickly become the preferred choice for North American citizens. The most appealing aspect being their affordability with prices varying between $4,000 and $7,000. Brands like Super Soco, Horwin, Kollter and Evoke have started popping up on the streets of North American cities in recent years. Greenwit Technologies – the exclusive Canadian distributor of all these brands saw sales growth of nearly 200% in 2021 compared to 2020.

The rapid adoption of electric motorcycles in North American cities has also accelerated by limiting certain models to 70km/h which puts them in the same category as 50cc petrol motorcycles which do not require a special motorcycle license. The simplicity of their operation (no gears, no clutch) was another factor for their mass adoption. The instant torque of electric motorcycles is a feature that makes them superior to their gasoline-powered counterparts of the same power rating with far greater acceleration than them, ultimately making them more agile and safer in busy city traffic.

When it comes to electric cars, their biggest downside is charging, especially for those who can’t charge them at home. Almost all Super Soco, Horwin and Kollter models are equipped with removable batteries, which can be charged separately. This means they can also be plugged into a desk until fully charged. Depending on the rider’s preference for distance or speed, these bikes offer different speed modes. These modes don’t sacrifice their ability to handle steep terrain and many of them can handle hills like that of San Francisco famous dizzying notes, which is not achievable by their ICE counterparts.

As the sales of electric bicycles exceeded the sales of regular bicycles in Europe and North America, a similar pattern is underway with electric motorcycles. North Americans need e-bikes with longer range and speeds to get around urban and suburban environments. Additional factors such as the government’s commitment to zero-emission transport, gas price increases and urban congestion are accelerating the desire to make the switch. Manufacturers like Ducati, Honda, Triumph and BMW have already pledged to introduce e-bikes soon. Brands like Super Soco, Horwin, Kollter and others are now meeting the demand for light electric urban transport, but they won’t stop there. Later this year Vmoto Soco and Kollter will launch their next level bikes named Stash and RS1 with higher speeds, longer range and more powerful motors with presumably more affordable prices.