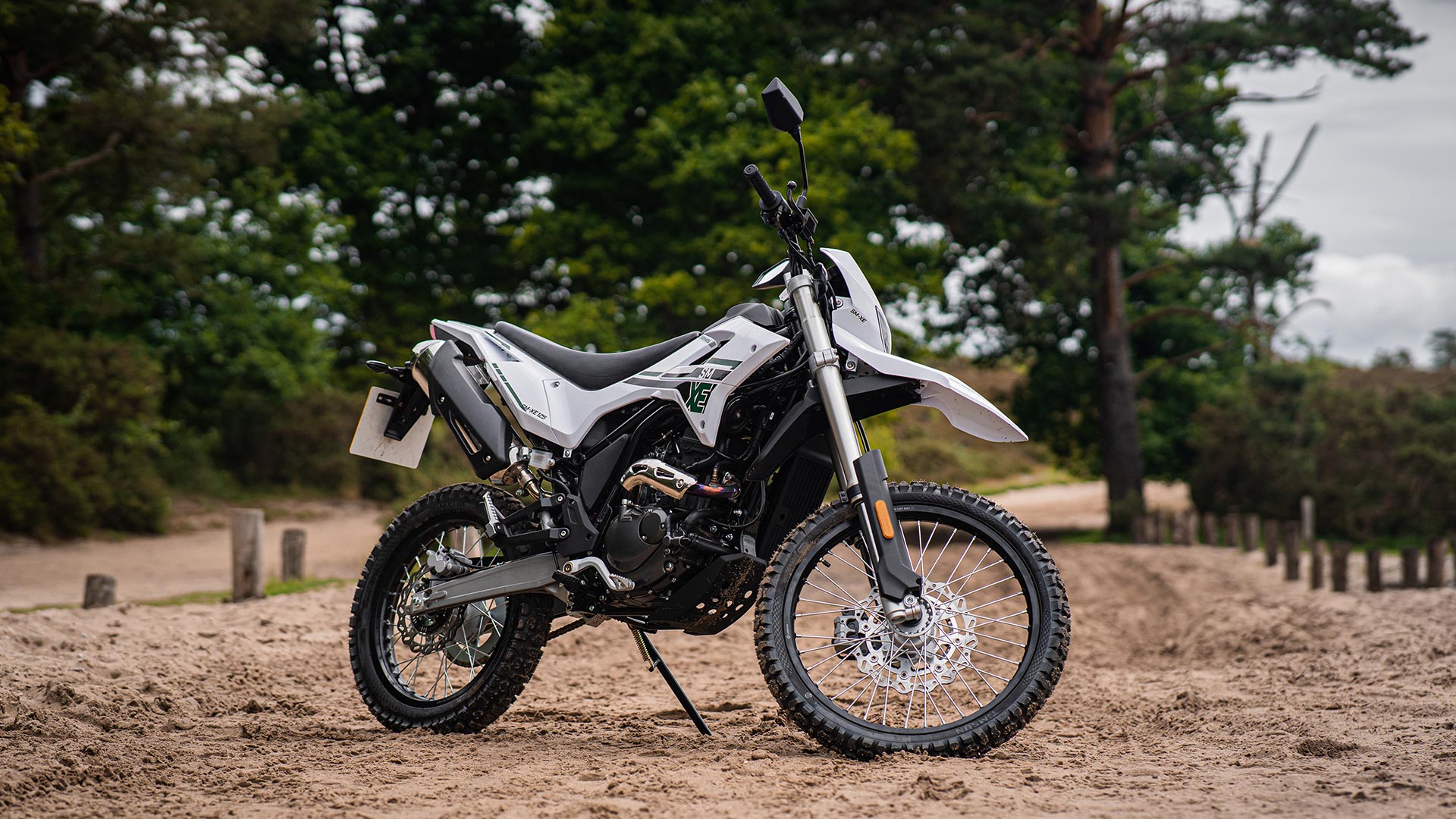 Sinnis’ SM-XE offers an affordable option for entry-level adventurers looking for a bike that can handle both dirt and paved roads.

When talking about adventure bikes, the machines that come to mind are often those aimed at advanced riders: Honda Africa Twins, KTM 1290 Adventures, and more recently Italian options from Ducati with their DesertX, or Benelli with their TRK502X . Even the Electric Adventurers pack an objectively big punch, like the recently announced Energica Experia.

But what about something for beginners? For those who want the mix of dirt and asphalt but don’t have the experience – and maybe even the license – to justify a 1000cc or larger bike?

This appears to be the market gap that Sinnis is currently targeting. Recently he released a Black Edition of his pure T125 adventure bike, and now he has launched the 125cc SM-XE dual sport.

The SM-XE features a 124cc engine with the most power Sinnis has ever squeezed out of an eighth of a litre. 11 kW, or about 14.8 horsepower, makes the SM-XE comparable to similarly sized bikes from brands like Suzuki and Yamaha. Plus, it’s 2.1 horsepower more than Sinnis’ GPX 125 sport bike.

Still at the front of the engine, the 124cc engine has a bore of 57mm and a stroke of 58.6mm, with a compression ratio of 11.5:1 and a peak torque of 11.5Nm, and that torque – as well as the aforementioned 14.8 horsepower, drives the rear wheel via a six-speed gearbox.

Additionally, its tubular steel frame will be suspended by 54mm USD telescopic forks up front and a single linkage-actuated rear shock.
Available in “white and forest green”, the SM-XE is available from UK Sinnis stockists for £3,399.