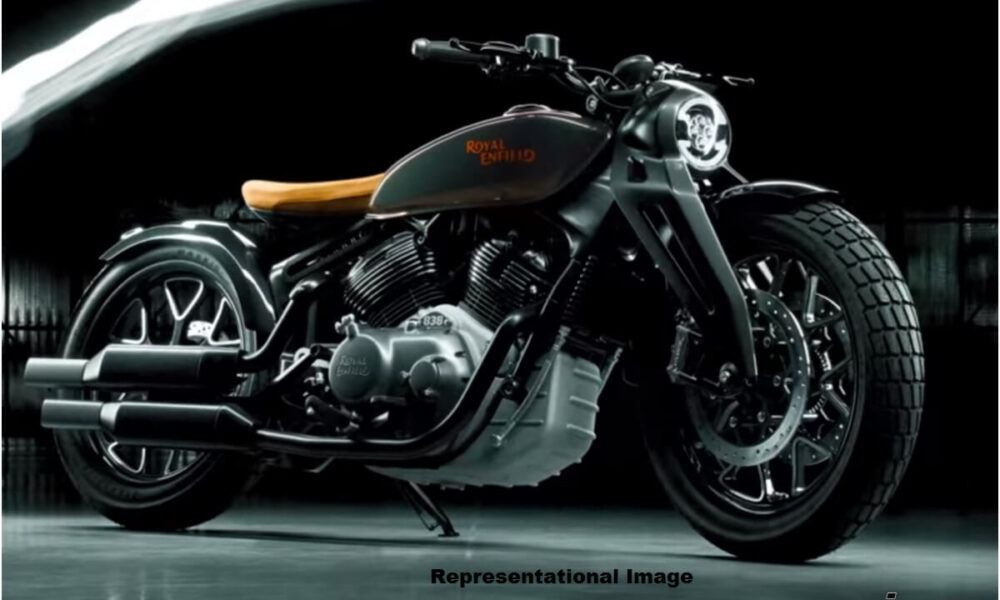 After presenting the Meteor 350, Royal Enfield is preparing 3 brand new motorcycles for the Indian market. The company will present the Interceptor 350, the new Classic 350 and the all-new 650cc twin-cylinder cruiser. For those not in the know, Royal Enfield presented the KX concept at the EICMA 2019 motor show in Milan, Italy.

It is expected that the new RE 650cc Cruising Motorcycle could share design elements with the KX concept. From the spy footage available on the internet, it can be seen that the new motorcycle has a low profile typical of a cruiser. The bike will have round headlights with a large visor for wind protection, a slim fuel tank, and alloy wheels. The bike will have a longer wheelbase than the Continental GT and the Interceptor 650.

The model spotted reveals that the RE 650cc will have split seats instead of a one-piece seat. The bike will have a dual-pipe exhaust system, rounded taillights and turn signals, and a larger rear fender. Advanced footrests and wider handlebars further confirm that this will be a 650cc cruiser.

The Royal Enfield 650cc motorcycle will have a large 19-inch cruiser-style front wheel and a 17-inch rear wheel with thick-profile tires. The bike will have a USD (Upside-Down) front fork and conventional dual shocks at the rear. It will have disc brakes, a dual-channel ABS system and a slip clutch with assist. The bike will also receive a new digital instrument console with tripper navigation.

The future RE 650cc cruiser is most likely to share the engine option with the Continental GT 650. The 649cc twin-cylinder engine is capable of producing 47PS of maximum power and 52Nm of maximum torque. Power will be transmitted to the rear wheel via a 6-speed gearbox.

The company has yet to make an official announcement on the launch of the new RE 650cc cruising bike; however, media are suggesting the bike could go on sale in the second half of 2021 – likely around Diwali.

The company will first launch the next-gen Classic 350 and the updated Continental and Interceptor 650. The price of the new model should be between Rs 3.5 lakh and Rs 3.75 lakh.