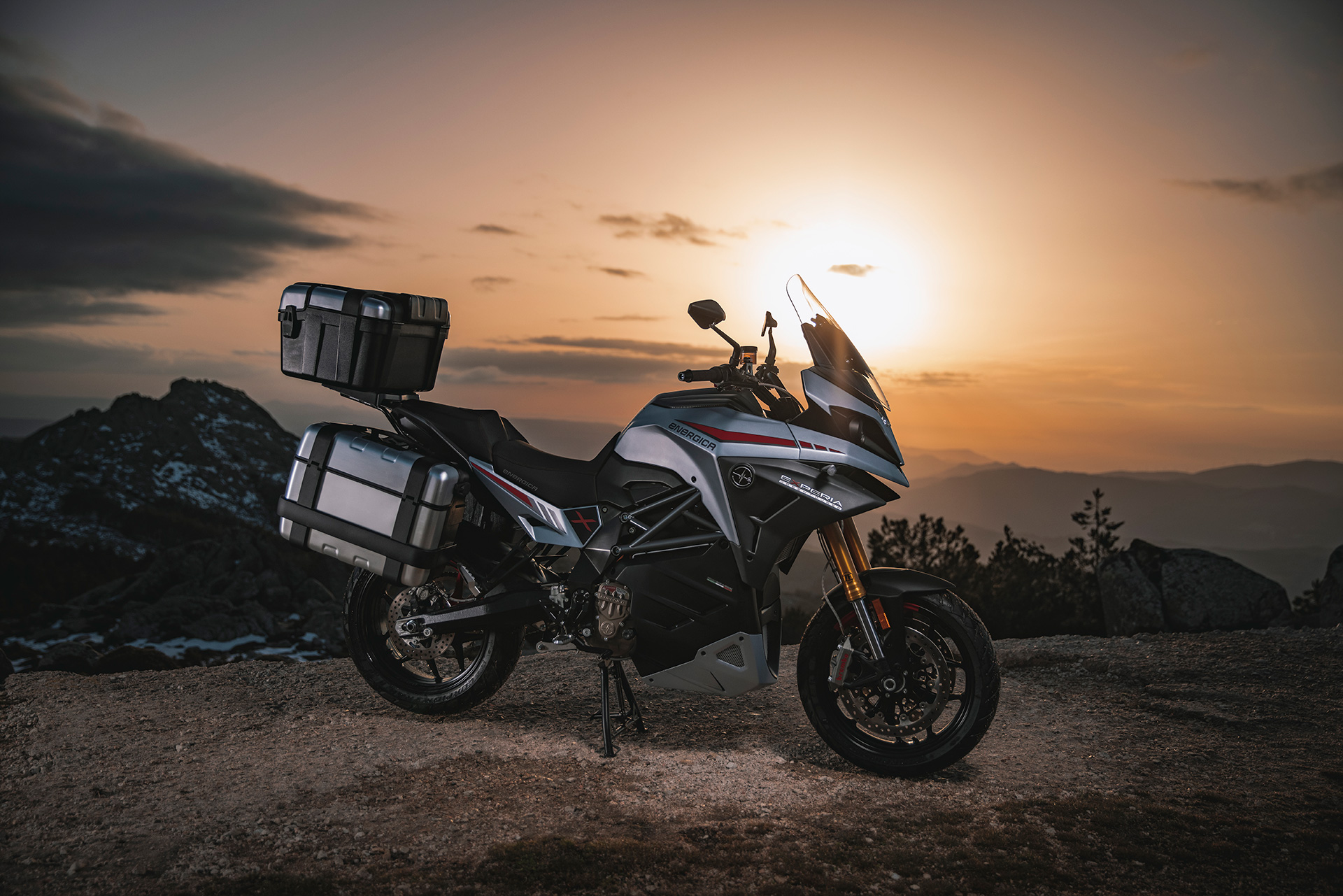 The Energica Experia has just been announced, as the Italian firm takes its first steps into the electric-powered sport touring motorcycle segment.

The idea of ​​an electric-powered touring or adventure motorcycle has been scoffed at for about as long as e-bikes have existed. For the most part, the range and recharge time of most electric motorcycles make them unsuitable long-distance companions.

That might be about to change though, as Energica has just announced a brand new bike from the Experia firm, a dedicated sport tourer with long and fast recharge times.

Energica Experia | is this the first electric sports tourer?

We think so, the closest we got to a touring or adventure bike from the electric world was the Zero DSR Black Forest, and it was basically a DSR with bits thrown on it. It’s something a little different though, with Energica going back to the drawing board and designing just about everything from scratch.

Unlike the rest of the Energica road bikes, the Experia uses an all-new tubular frame and motor/battery/controller design for this model. While it’s not the sportiest model to roll off the Energica factory gates, the company still touts it as the “most agile and maneuverable” machine they’ve ever made!

At the center of this new bike is an all-new PMASynRM electric motor. It’s a sophisticated thing that combines the benefits of a brushed and brushless design into a single unit. It is mounted in a new position in the Experia and is already lighter than its predecessors. Lightweight aside, it’s not as powerful as previous Energica models, with a claimed peak power of 102 hp and peak torque of 85 lb-ft. While this is down on the halo sport bike the Ego and naked Eva, it helps the Experia offer much better range.

Its 22.5 kWh battery is considered the largest in the world of electric motorcycles, although Energica claims it is still lighter than on previous models. This technology, combined with the bike’s optimized performance, is claimed to give the Energica a range of 260 miles in the city. Take it out of town and onto the highway and that range will obviously decrease, although if the combined mileage of 160 miles is correct, it’s actually quite good. If you manage to find a fast-charging DC outlet, the Experia could be back on the road in about 40 minutes.

Away from technology, the Experia relies on 43mm Sachs adjustable forks and a rear shock, both offering 150mm of travel. The braking system includes Brembo calipers front and rear, with 330mm discs and radially mounted 4-piston elements on the commercial end. ABS is governed by the Bosch 9.3MP ECU which also governs the tilt-sensitive traction control.

As you would expect from such a bike, the Experia is swimming in technology! There are seven rider “profiles” to choose from, four predefined and three customizable. There are four driving modes, Eco, Urban, Rain and Sport. You also get four maps of regenerative braking, high, medium, low and off, as well as slow-speed park assist in forward and reverse.

Pricing for the Energica Experia is TBC, though we’ll be riding the bike in a few days during the machine’s European press test. We’ll be sure to bring you all the information on the new model once this event is over.

For more information on the Energica Experia, visit: www.energicamotor.com