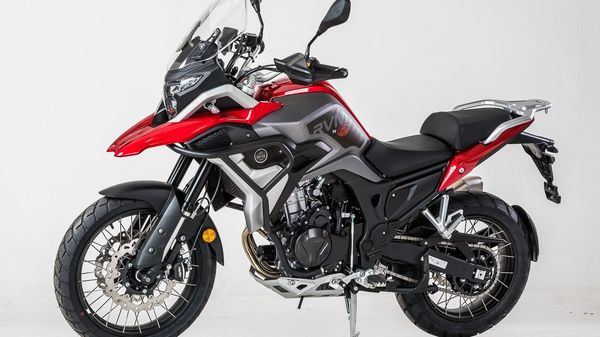 Recently, some images of the jammer wearing the Jawa badge have surfaced online, which has sparked excitement on the internet. It was nothing more than a rebadged version of the Bristol Veloce 500. For the record, Bristol is based in the Philippines and the company has entered into a strategic partnership with the Jawa company, based in the Czech Republic.

And the bike had no direct connection to Classic Legends, the owner of Jawa Motorcycles in India.

It gets the same liquid-cooled, twin-parallel 471cc engine as its Scrambler counterpart. This engine is known to deliver 47 hp of power at 8,500 rpm and 43 Nm of maximum torque at 6,500 rpm.

As the official images show, the new Jawa RVM 500 is packed with adventure-oriented equipment and features. It rolls on 18-inch front and 16-inch rear spoked wheels shod with dual sport tires from Metzeler.

For suspension tasks, the bike uses inverted forks at the front, which are reinforced by a monoshock at the rear. Braking is provided by twin discs at the front and a single disc at the rear wheel. Dual channel ABS safety net is also on the list. Other features of the bike include its semi-digital dashboard and a USB socket that comes as standard.

Needless to say, it may not be launching in the Indian market anytime soon.

Jawa 500cc adventure motorcycle: everything you need to know