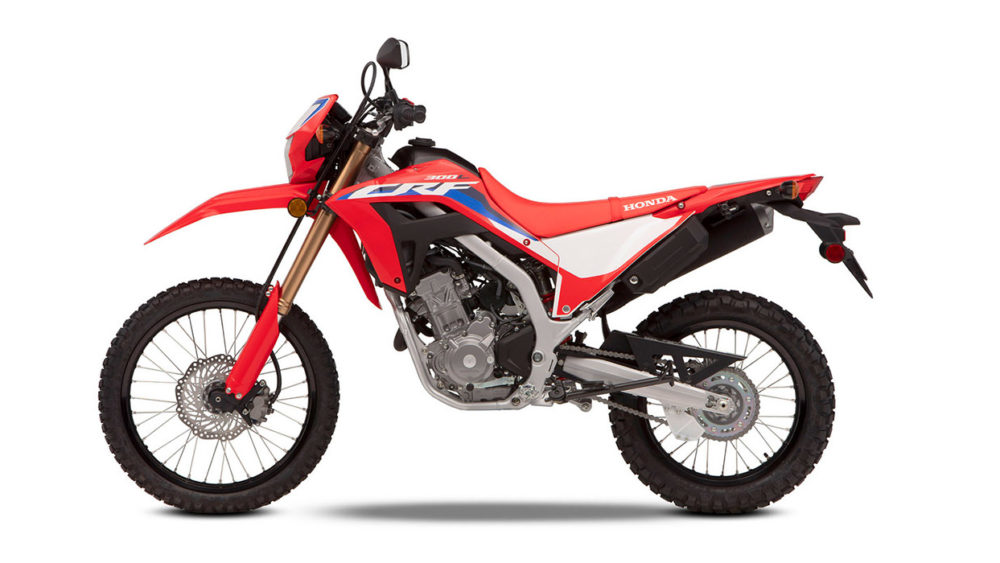 Honda has announced a slew of upgrades to its smaller dual sport models, which are newly named CRF300L and CRF300L Rally, thanks to a 15% increase in engine displacement. The popular standard model has been further updated with weight reduction and increased suspension travel, increasing its off-road capability without sacrificing city performance. In addition, the Rally model benefits from increased range thanks to a larger fuel tank which makes it even better prepared for extended adventures.

â€œHonda listens to its customers, a fact highlighted in our latest new model announcement,â€ said Lee Edmunds, senior director of powersports marketing for American Honda. â€œIn the case of our smaller road-approved CRF models, the 2021 iterations reflect the improvements that are highly demanded by the people who ride them every day, and therefore motorcycles are better. We look forward to customers having the chance to experience the updates themselves. “

Honda has improved on the motorcycle industry’s best-selling dual-sport model by increasing horsepower (via a 15% displacement increase), reducing weight and improving off-road performance, all without sacrificing value, reliability and style which played a big part in the popularity of the bike. Suspension travel and ground clearance are increased for 2021, while overall weight has been reduced by 11 lbs, optimizing plate thickness and tube size on several components. Styling cues are taken from Honda’s CRF Performance lineup, and standard and ABS trims are ready to deliver economical transportation and a true dual sport adventure.

Designed to mimic the appearance of Dakar Rally winner Ricky Brabec’s CRF450 rally, the CRF300L rally is based on the CRF300L but with a larger tank, frame-mounted hand guards and windshield suitable for adventures. over longer distances without sacrificing agile performance in city traffic or even trails. Weighing 9 pounds. less than the outgoing model, the CRF300L Rally gets a 15% displacement increase for improved horsepower and torque, along with an even larger 3.4-gallon fuel tank, making long-distance adventure more accessible than ever.