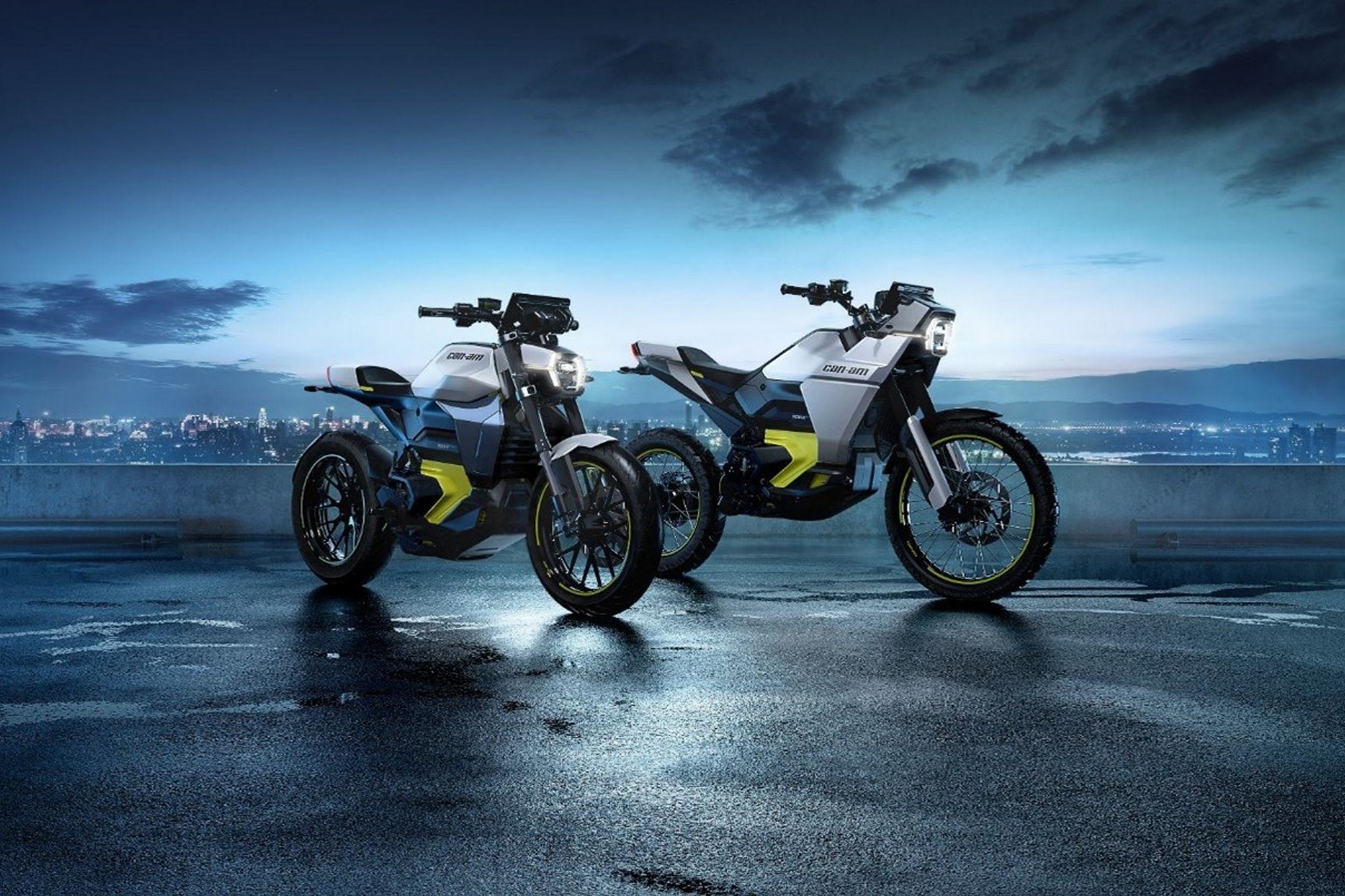 BRP’s Can-Am goes electric with the dual-sport Origin and Pulse street bike, but you won’t be able to buy one until 2024.

Can-Am just announced its first new motorcycles in 35 years. The two new bikes, dubbed Origin and Pulse, will be electric two-wheelers. With futuristic styling and a lack of bulk you’d expect from a bike packing batteries instead of cylinders.

“Half a century ago, Can-Am was roaring to victory on the track and on the trails,” said José Boisjoli, president and CEO of Can-Am’s parent company, BRP. The bike maker was established in 1972 when Bombardier wanted to build high-performance motocross and endurance bikes.

BRP abandoned Can-Am in 1987. In 2006, the brand returned building quads, the three-wheeled Spyder, then later utvs, the Ryker three-wheeler, and more. Now, electric motorcycles are added to the brand’s product mix.

The Can-Am Origin is the larger of the two new e-bikes. A dual-purpose bike meant for off-road and on-road performance.

Can-Am talks about its Track n’ Trail roots and motorsport victories with this one. The company says it will offer a “more modern multi-terrain experience”.

Can-Am Pulse: ready for the city

The other new bike is the Can-Am Pulse. This is a city bike, for riders looking to speed up their commute while reducing running costs. And potentially making the ride less stressful, thanks to electric power instead of the heat and vibration of a gasoline engine.

Can-Am calls the Pulse “a balanced, nimble motorcycle designed to immerse riders in the energy of the city and turn their daily commute into an electric ride.”

Both electric motorcycles will offer a high-performance LED headlight that Can-Am says will become a unique visual signature for the brand. The style is distinguished by its simplicity and slab side. The color scheme also manages to scream electric without being too bright.

The company points to the usual advantages of electric motorcycles, including ease of riding thanks to the absence of a clutch or shifter to select gears. With a e-motorcycleit’s as simple as turn and go.

Both Pulse and Origin will offer Level 2 charging, with the ability to charge faster than a standard wall outlet, but this small detail highlights what the Can-Am electric lineup lacks.

While he’s announcing and showing us both models now, full specs are a full year away. The pair will use Rotax E-power, BRP’s electric motor system, but that’s about all the details we get until August 2023.

Nothing on power or torque, other than to say it’ll be instantaneous and capable of highway speeds. We will have to wait. Even Level 2 EV charging confirmation can mean a wide range of speeds. It is also far from the speeds of Level 3 DC fast charging most electric cars – and Harley-Davidson LiveWire electric motorcycle – an offer that can turn the charge from hours to minutes.

Once we have the full specs, it will be another year before the Can-Am Origin and Pulse are available for purchase. BRP says it expects them to be available in mid-2024, making this a very early announcement.

These early announcements are becoming more and more common for electric vehicles of all types. We don’t know exactly why, but 2-3 years is the new norm. If this were a start-up, we’d think that meant motorcycles were little more than vaporware – vehicles that looked good but would never exist.

With BRP, however, we are more confident that the bikes will make it to production. The company has had strong earnings and stock prices, and is more than capable of building bikes.

So it seems more like BRP is trying to keep us interested and get its name into the electric motorcycle head space early. Expect more by the time the full specs are announced in 2023, as BRP and Can-Am will have to work to keep the Origin and Pulse in that collective headspace in the meantime.

If you think electric vehicles are slow, heavy and extremely limited in their range, you’re going to be surprised. Read more…