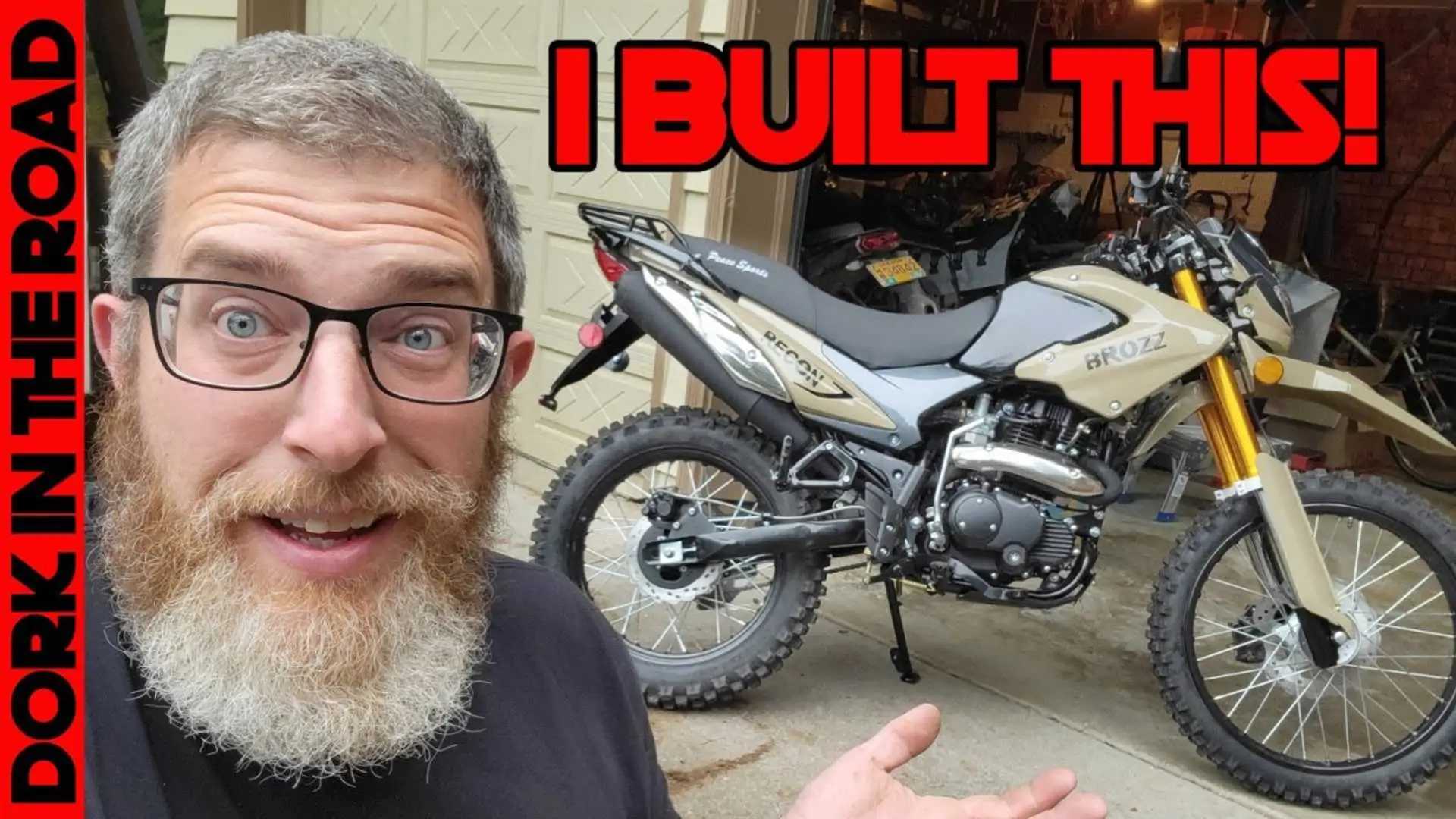 With the cost of everything rising in 2022, the desire to find your pleasure in less expensive ways is stronger than ever. If you’re the type of rider who can’t resist the thought of a bargain, then talking about a dual-sport bike that sells for $2,300 new is probably cause for some serious eyebrow raising. That’s a shipping price, by the way, anywhere in the US except California (where it’s not legal).

The bike in question is a 2022 Bashan Brozz 250 Recon—and as you’ve probably guessed by now, it’s a cheap machine made in China. Some assembly is required once the crate arrives at your doorstep, but on the face of it, this isn’t an ill-sighted little machine. Obviously, how it looks on a screen and how it looks (and feels) in person will be two different things, as is the case with every bike.

YouTube ADV and motocamping enthusiast Dork in the Road recently received one of these bikes for review, direct from their US distributor, Peace Sports. He had a previous generation Brozz 250 delivered and assembled a few years ago, but he said the process was easier this time around, simply because he had become more comfortable with tearing during this period.

The Brozz Recon is powered by an air-cooled 229cc single-cylinder engine (a slightly modified copy of a Honda CG250 mill), which produces a claimed 15 horsepower. It is carbureted and has both electric start and kick start. It comes with a five-speed gearbox, chain drive, inverted fork, monoshock and disc brakes at both ends. New for 2022 are larger 21-inch front and 18-inch rear wheels (the previous version had 19-inch front and 17-inch rear respectively). Oh, and it has stock, stainless steel brake lines.

As DitR explains, another big change is that the remote start/alarm unit found on the older version is no longer a thing on the 2022 bike. That’s good, in his opinion, because it was known to drain the battery if you weren’t riding this bike every day.

At the end of the video he takes it for a short ride around the yard, but of course you can’t get a good picture of a bike’s performance if you’re only spending a few minutes in the saddle. While he hasn’t said how long he’s had this bike for review, the plan is to take it out for a bit more riding than that so he can give a fuller assessment of its strengths and weaknesses. The previous version was a pretty solid bike at this price, he said, so we’ll have to see if this update continues the tradition.

A bike like this is meant for inexpensive fun – not to be the best bike you’ve ever ridden or will ever ride. Since every bike you ride is better than another, if that rating holds true for this one, it’s easy to see where there’s a place for a bike like this.

Get a dual sport before an ADV according to this runner