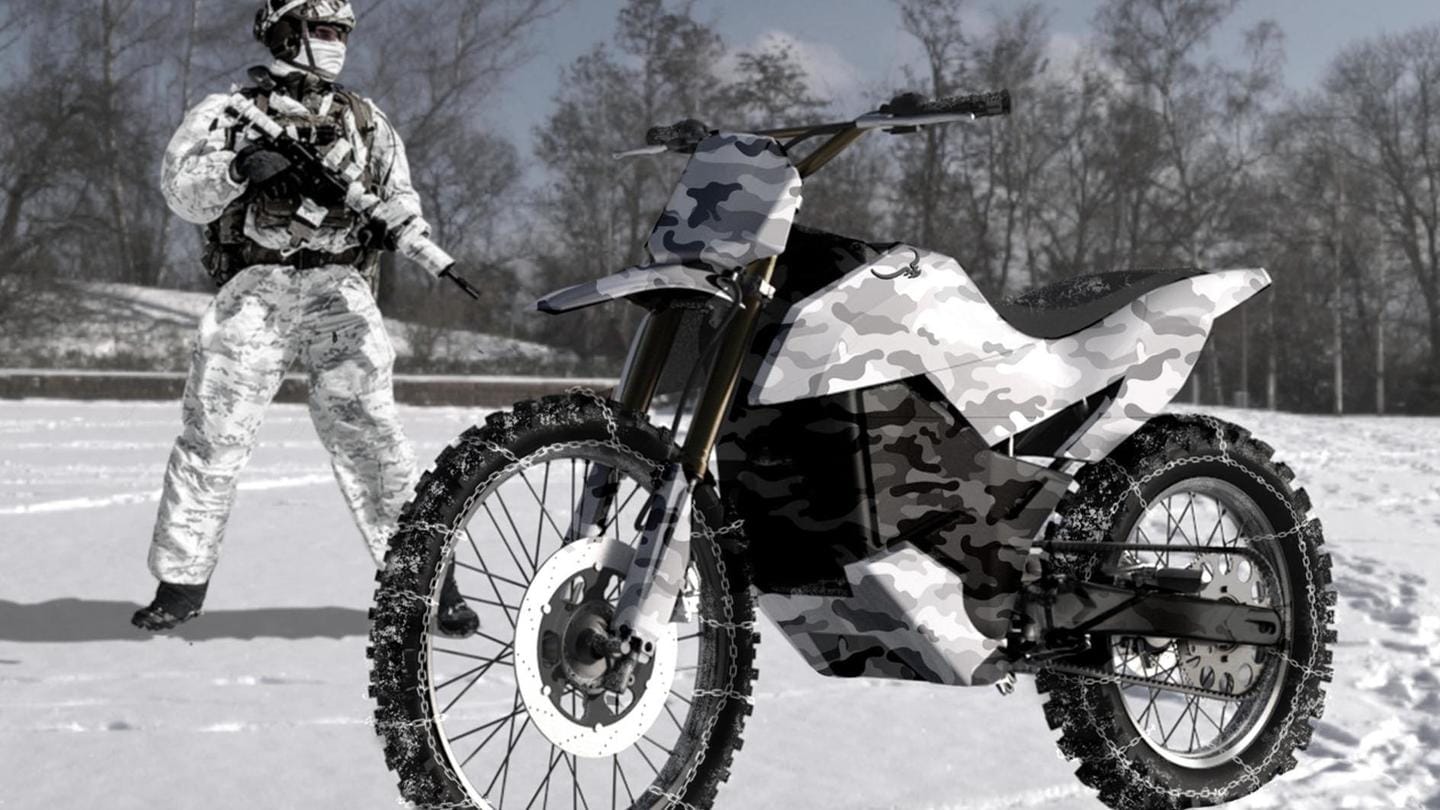 Bengaluru-based start-up Barrel Motors has unveiled the prototype version of its Veloc-e dual-sport motorcycle. It will go into production in 2024.

The prototype model has an aggressive design and is suitable for travel on dirt, snow, sand and slush.

In production trim, it will be backed by an electric powertrain and offer around 150km of range on a single charge.

Why is this story important?

The prototype version of Veloc-e has a fuel tank-like structure with extensions, a one-piece seat, a protruding beak, high handlebars and blacked out or gold front forks, depending on the colorway.

The bike rolls on spoked wheels shod with all-terrain tires. However, the front rim is larger than the rear one.

The production model is expected to have full LED lighting and a digital instrument console.

It will house a locally produced battery

Barrel Motors’ Veloc-e will be powered by an electric motor linked to a battery made in India. Specifications and power figures are not available at this time, but the vehicle should promise around 150 km of range per charge.

There are disc brakes at both ends

To ensure rider safety, the Veloc-e prototype is equipped with front and rear disc brakes. The production model can get ABS for better handling or regenerative braking.

The bike’s suspension duties are taken care of by telescopic forks in the front and a shock absorber in the rear.

What about its availability?

Barrel Motors’ Veloc-e will be up for grabs in two versions: a street-ready version and a high-performance variant. It will undergo development and testing over the next 1.5 years and enter production in 2024. (Story Credit: car and bike)