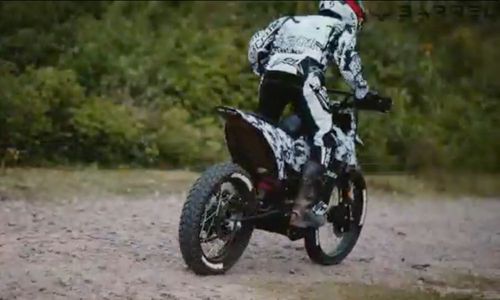 The motorcycle shown in the teaser video wears a camouflage livery, and it is shown doing high-speed off-road stunts. Although not much is known about the dual-sport electric motorcycle, it is expected to have a range of around 150 km. The start-up is working on a platform that will cater to different segments including dual sport, racing as well as a premium offering for commuters. Giridhar Soundararajan, Managing Director and CEO of Barrel Motors, explained that the platform and software can be tailored to different user needs and also meet multiple market requirements. The company also plans to offer Veloc-e to defense for multiple applications, including border patrol.

The Barrel Motors Veloc-e will arrive in two variants – a street-ready version with the option to upgrade to a high-performance variant. The company plans to eventually enter the adventure touring and long-distance touring space. The company is tight-lipped on performance and even range, but Giridhar suggested the bike will go around 150km on a single charge.

Every Bob Seger album ranked, from worst to best