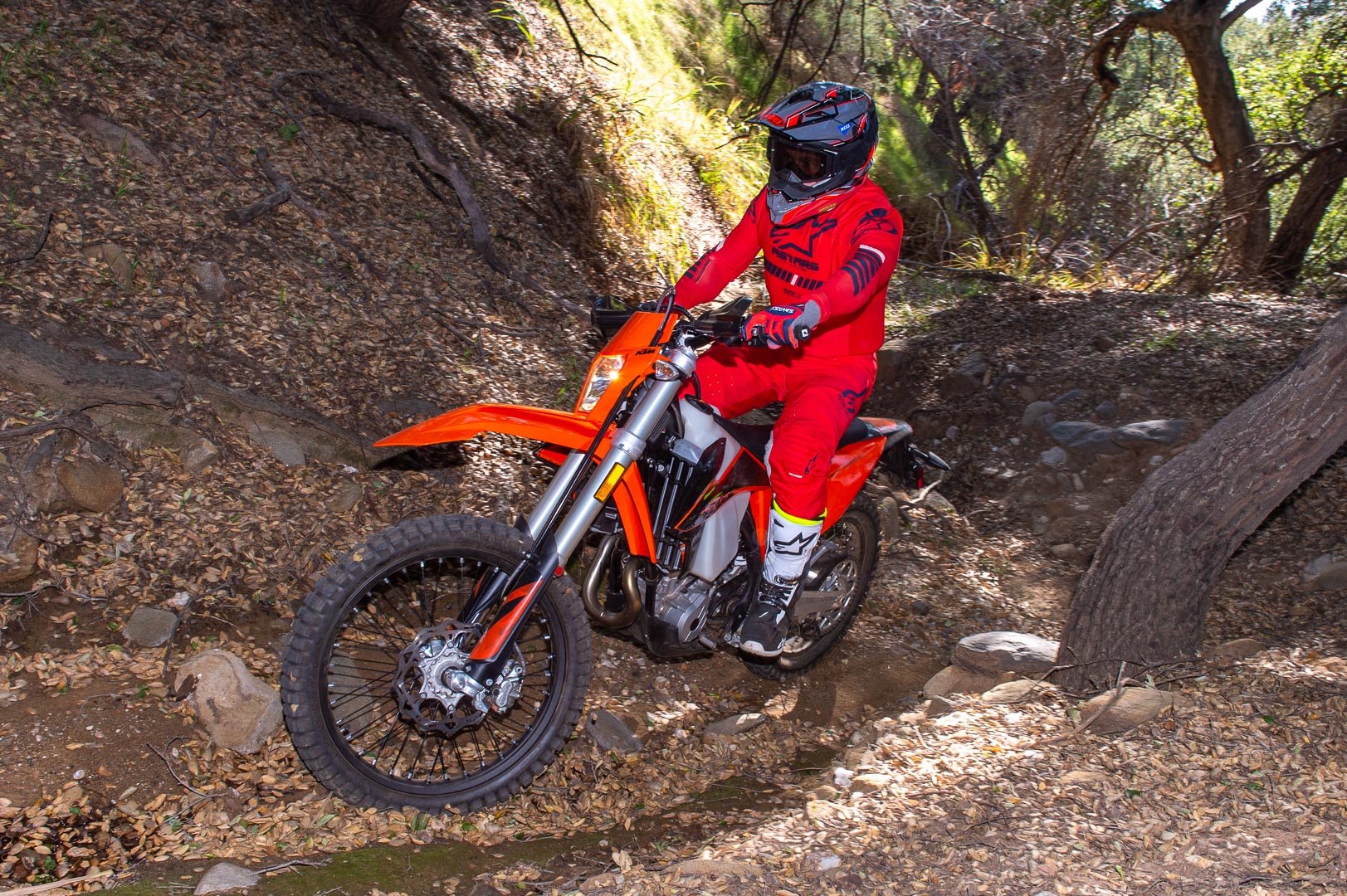 In a seemingly never-ending quest for continuous improvement, the 2020 KTM 350 EXC-F is an almost all-new motorcycle this year with a new chassis and significant engine upgrades. With the loss of the 250 EXC-F, the 350 is now KTM’s “entry-level” dual-sport motorcycle. While you might not think of a KTM EXC-F in those terms, the 2020 KTM 350 EXC-F makes itself available to a wide range of riders looking for a dirt bike that happens to be street legal. the street. Let’s dive into it.

1. Taken from KTM’s off-road competition motorcycles, the new frame of the 2020 KTM 350 EXC-F offers flawless handling. KTM increased the stability of the 350 and managed to do it without hitting the rider. As the junior member of KTM’s dual-sport lineup, when it comes to displacement and horsepower, the 350 will be the least demanding on the chassis. The result is a precise ride without being edgy. Getting the bike where it needs to be on the track is entirely intuitive, and it’s about the most important thing a chassis can accomplish. The extra stability is welcome when the engine is allowed to sing, and it’s a happy short-stroke revver.