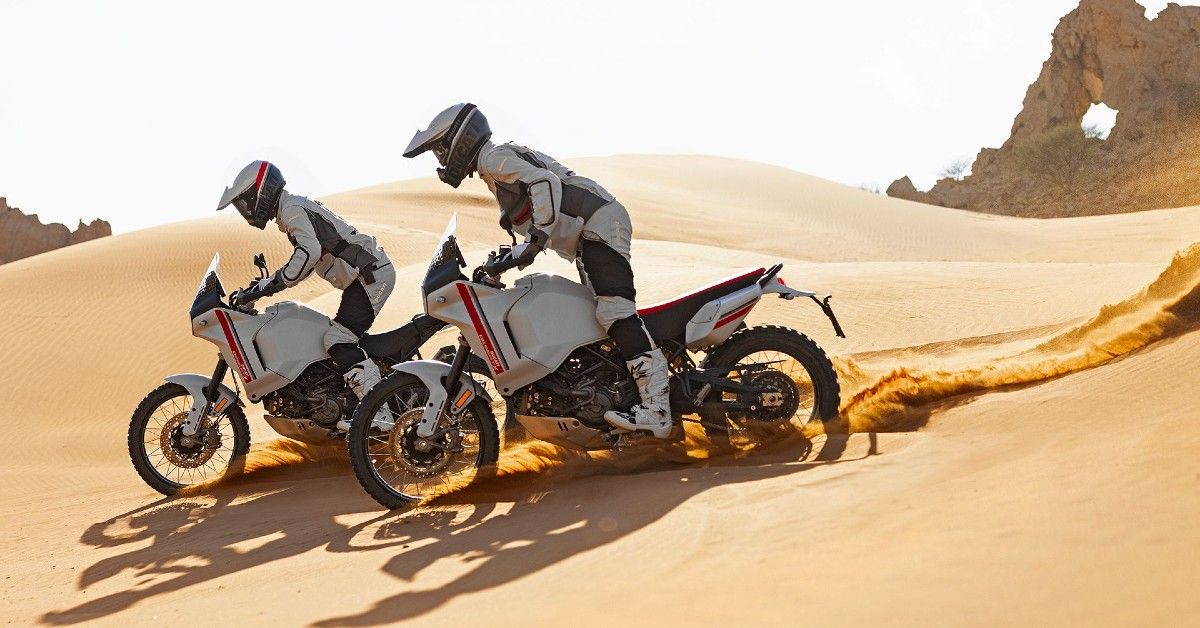 Adventure bikes are rapidly gaining popularity and attracting interest from touring enthusiasts, and it’s easy to see why. This class of bikes is like the SUV of the two-wheeled world because they do it all, making them the most practical segment of motorcycles. While trail riding can be done on any bike, adventure bikes offer extra comfort, performance, and versatility, making long-haul rides more enjoyable. And, unlike modern SUVs, they’re actually fun to drive off-road. Plus, in addition to sport cruisers and hikers, ADVs are as comfortable as you’ll get on the pavement.

The motorcycle market is flooded with incredible options, and top manufacturers are constantly refreshing older models while releasing new products to market in an effort to outdo themselves. This competition is good news for riders looking for the ADV experience. Regardless of experience level, riding needs or budget, there is an ADV option for everyone. Here’s our pick of the best adventure bikes to buy in 2022.

Kawasaki has been producing the KLR 650 since 1987, and after a three model year absence, they are bringing back the dual-sport and adventure bike for 2022. The much-loved mid-size ADV returns with many updates that will no doubt rekindling interest in the affordable and versatile bicycle segment.

The old Keihin 40mm constant-velocity carburetor is no more, as Kawasaki added EFI to feed the 652cc twin-counterweight engine. It’s not the fanciest bike, but it’s one of the most capable land machines you can buy. It’s a great entry-level bike choice, offering top-notch comfort, durability, and reliability.

RELATED: Here’s Why The Aprilia Tuareg 660 Is The Most Exciting New Adventure Bike For 2022

The Tuareg 660 is the latest arrival on the ADV market and Aprilia’s return to the adventure fold. This, alongside Harley-Davidson’s Pan America, is sure to shake up this segment. The Italian marque was heavily involved in the Dakar Rally in the 80s and 90s, with icons like the Touareg Wind 600. This new model follows in the same footsteps and promises to toughen up competition in the ADV middleweight market, which is already the hottest dual-purpose motorcycling segment.

The bike weighs 410 pounds, packs Aprilia’s latest 660cc parallel-twin engine, and features plenty of tech benefits. It’s something to watch out for, and The latest Touareg reviews are strongly positive.

KTM are the kings of the ADV segment, with many adventure riders racing their KTMs around the world. KTM’s dominance in the Dakar Rally with 18 consecutive wins since 2001 shows they know their stuff. The KTM 390 is their entry-level model, and it’s a winner in the segment. It has a liquid-cooled, single-cylinder 737.2cc engine, the same as the bare brother, the KTM 390 Duke.

With 43hp, there’s plenty of power to navigate any terrain, but not too scary for new riders. Plus, at 379 lbs, the bike is fairly easy to upgrade.

In only its fourth model year, the Tenere 700 has already earned a reputation as a big bike built for the dirt. This seemed to have solved the problems faced by fat adventure bikes. It weighs 454 pounds compared to the larger Super Tenere at 575 pounds. And the weight difference is stark, as it feels manageable and unintimidating compared to similarly sized Advs. Plus, it’s quick, with power delivered smoothly from the liquid-cooled 689cc parallel twin. Yamaha added a pair of Brembo brakes to boost your confidence.

The Yamaha T7 is also reasonably priced with a $9,999 sticker, and you’re guaranteed to be a capable off-road performer.

RELATED: Here’s How the 2022 Ducati DesertX Compares to the Yamaha Tenere 700

Another arrival of all-new entries in the ADV segment is Husqvarna’s first road adventure bike. Since KTM owns the brand, it’s no surprise that the Norden 901 shares a lot of DNA with KTM’s 890 Adventure bikes, including the 889cc parallel twin. This engine is lightweight and capable beyond the adventure world, as it is proven to perform on both asphalt and dirt, as evidenced by the 890 Duke naked bike and 8RC racer.

However, the rally-inspired Norden 901 differentiates itself from its KTM cousins ​​by having longer suspension travel with 215mm and 220mm than KTM’s 200mm. The bike comes with traction control, quick shifter, cornering ABS and a huge 19 liter tank for extended range.

RELATED: Why The Suzuki DR-Z400S Is The Best Adventure Bike For Beginners In 2022

After years of anticipation and several teasers released, Triumph has finally unveiled the all-new Tiger 1200. It’s the big brother to the Tiger 800 and is tasked with dethroning BMW’s R1250 GS for the big adventure class crown. The new 1160cc triple engine borrows from the Speed ​​Triple RS architecture and produces 147 hp and 96 lb-ft of torque, with plenty of power available in the midrange.

Interestingly, the Tiger 1200 is available in five trim levels, starting with the stripped-down GT, a better-equipped GT Pro, and the big-tank GT Explorer for road-oriented options. There are Rally Pro and Rally Explorer options for off-road oriented customers.

For the 2022 model year, Honda has implemented revolutionary changes to the new Africa Twin. The bike is now available in four versions, including the standard model and the Adventure Sports ES, both of which have a DCT option. This DCT is now much more refined, with improvements in the shifting in the lower gears.

All versions come with a rear cargo platform exclusive to Adventure Sport ES in previous models. The bike is also lighter than ever and its electronic suit has received significant improvements, such as the six-axis inertial platform placed at the bike’s center of gravity. It helps to monitor roll, pitch and yaw angles in real time. Additional bonuses include four preset modes, active suspension and damping.

2022 is truly an overhaul year, as KTM undertook a top-to-bottom overhaul for its new 1290 Super Adventure R model. Topping the substantial list of upgrades is a new frame with a longer swingarm and a full suite of electronics aimed at ensuring rider safety while allowing for as much fun as you let it go.

The new three-piece tank stores fuel much lower than before, lowering the center of gravity and therefore better handling, all the more so off-road. The seat is also half an inch lower, and also, the bike weighs lighter than the previous model. These changes may seem trivial, but they now put this bike in a better position to compete with BMW’s GS.

Ducati has been offering the Multistrada bike for quite some time now, and while it’s a top-level ADV that has built up a loyal cult fanbase for its ballistic engine and top-end handling, it doesn’t. It hasn’t always been the best off-road. Yes, the Enduro version is a capable off-roader, but Ducati has gone all out with the new rally-style DesertX.

The Ducati DesertX is powered by a 110hp version of the 937cc L-Twin engine from the Multistrada V2. However, the package is lightweight, weighing in at 492 pounds, which clearly targets the middleweight segment. The retro-styled bike is also Ducati’s first modern model with 21-inch front wheels and 18-inch rear wheels. It will be a rugged, simple, minimalistic and hopefully capable adventure bike for Ducati.

BMW’s very first ADV launched this segment more than four decades ago. They’ve remained strong contenders for best-in-class over the years, and the latest model is even better. Even though it hasn’t undergone drastic changes like its rival KTM, BMW has made small tweaks to the new bike which retained the previous mechanical and technical specifications. However, that’s a good thing since the latest model has been great so far.

The bike’s 1254cc boxer engine develops 136bhp and 105lb-ft of torque, enough to navigate the toughest terrain while keeping up with anyone on tarmac.

Here are the fastest motorcycles in a straight line

Motorcycles are designed for more than just straight-line acceleration, but in the end, it’s one of the most fun things there is.

Bryan is a freelance writer for hire and a lifelong tech and auto junkie. When he’s not writing about cars and motorcycles, you can catch him driving cars or riding motorcycles.

Five 2022 Ducatis to discover this year